History of eLearning & How the Technology is Used Today 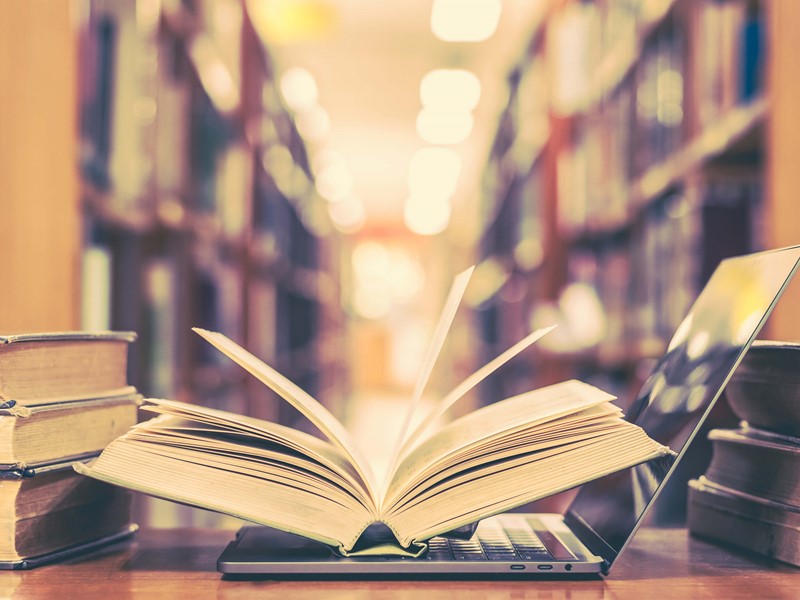 A Short History of eLearning

In 2019, we're all used to hearing the term 'eLearning', but have you ever stopped to truly appreciate its meteoric rise, particularly in the last couple of decades? Few industries have seen such rapid growth and development in the way that eLearning has.

In this blog, we take a look at just how long we've been working towards building eLearning, and how it's continuing to evolve outside of the classroom.

If you’re looking for a single evolutionary point of which eLearning originated, you'll have trouble finding one. Different forms of eLearning have been around for decades, and they've all informed one another to get to where eLearning is today. Here's an overview of the timeline:

The basis for eLearning starts all the way back in 200 A.C. when the Roman's documented one of the earliest depictions of a classroom. This basic formation of school, student and teacher (learners and trainers), therefore paved the way for learning to become eLearning. However, there would be quite a few more centuries before the next evolution in eLearning would take place.

In the 1840s, Isaac Pitman taught his pupils via ‘distance courses’ which covered a particular subject or skill. Specifically, Pitman's course taught shorthand vs correspondence, teaching students a form of symbolic writing designed for quick note taking or writing - ideal for secretaries or journalists. His students would mail him completed assignments, and he would, in turn, send them more work to be finished. Of course, today, you see this practice done via email.

The 20th century saw faster advancement with technology and learning.

In 1924, the first testing machine was invented by Ohio State University Psychology Professor Sidney Pressey. This 'teaching machine' administered multiple choice questions on his introductory courses. The machine would flash a question and the four possible answers on a single window, recording the answers on a counter in the back of the machine. This was one of the earliest demonstrations of a machine that could teach, as a lever on the back of the machine fixed it so the learner had to select the correct answer before continuing to the next question and giving the learner immediate knowledge of the results.

BF Skinner, a Harvard psychology professor, would be the next to create substantial effort in machine learning. Skinner was a leader in behaviors studies most famous for his research in stimulus-response and reinforcement - research that would help inform the usefulness and application of teaching machines. In 1954, created his “teaching machine,” that administered programmed instruction to students. His version of the machine had the learner select the correct response (as opposed to Pressey's multiple choice selection). He believed that answers should be recalled, not recognized. He also believed that the machine should provide information in a logical sequence of steps so the tutelage builds on itself and that the student should be enforced with immediate feedback for every correct response.

Skinner's teaching machine became the basis for the first computer-based training (CBT) program was introduced to the world in 1960, called PLATO-Programmed Logic for Automated Teaching Operations. These early programs were little more than instruction teaching machines, however, they allowed learners to work at their own pace, serving as an early individualized educating method.

Advancements really picked up in the ‘80s when personal computers made their way into the home and the internet was standardized by commercial internet service providers (ISPs). The first MAC gave people the opportunity to interact with people around the world. The internet quickly evolved in the '90s, having a revolutionary impact on society as a whole, especially as people were able to communicate with one another nearly instantly via electronic mail, instant messaging, chat rooms, blogs and social networking. This rapid growth of the internet is one of the single most important enablers for the growth and development of eLearning as information and knowledge could now be centralized for everyone.

In the 1990s, the first learning management system (LMS) software was launched by SoftArc for MAC in the education space, fueling online education for colleges and universities. This early LMS would go through a major transformation over the next 10 years as other major players like GeoMetrix Data Systems, CourseInfo and ePath released their own LMS systems.

By the end of the 20th century rolled around, a new era of learning was in full swing - this decade is the introduction to “digital natives” and coining of the term ‘eLearning’.

Where is eLearning today?

Those first online learning systems were only set up to deliver information to students, but as technology improved, so did the interactive elements in the learning programmes. With the introduction of the computer and internet, eLearning tools and how training programmes were delivered expanded.

Today, these virtual learning environments provide access to a wealth of information, whenever and wherever you want. eLearning is no longer confined to classrooms - it opened doors to learners of all ages and skills sets in any location. As learners became more accustomed to learning online, businesses recognized the benefits of creating learning opportunities and invested heavily in training programmes to develop their staff.

eLearning is evolving to a point where you can recreate reality through simulations and scenario-based learning which, particularly for mission-critical organizations, creates a safe space for learners to learn how to address risky situations before applying their knowledge in the real world. eLearning methods such as scenario-based learning and simulator eLearning serve as a major advancement versus the more basic methods of online instructing that have preceded them. That's because simulation learning is an immersive technique that amplifies real experiences with guided ones. Similarly, scenario-based learning puts the learner into interactive, real-life scenarios. Both can be applied to several different disciplines and trainees, capturing their full attention and truly engage the trainee to learn the material.

Although there’s no real consensus when eLearning was truly developed, trainers can all agree on one thing: eLearning is a more efficient and effective way to educate and it is growing. As businesses acknowledge the benefits of investing in learning for their staff, eLearning is going places where learning has never been before, for example, being able to recreate reality through simulation and scenario-based learning, equipping learners with even more knowledge than ever before to excel in their role.

Research shows that training increases an employee's performance by approximately 5.75 hours. This can potentially have a significant impact on productivity and profits.

SimTutor Inc is a global leader in simulation-based learning.

SimTutor Author is an authoring tool designed to help you build interactive procedural simulations and branched scenarios for any industry where realistic, just-in-time, measurable training is critical.

SIMTICS is a library of ready-to-use simulations for learning medical and healthcare procedures and skills, powered by SimTutor Author.